Y'all voted for it, so here it is,
That next level of celeb worship,
A chance to make something special for our icons,
Our opportunity to be one with the stars! 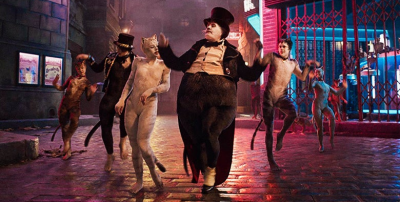 1. Entries can be sprites, illustrations, 3D models, 3D printed, Paper mache idc as long as it follows the other rules;
2. Design an OC based on a celebrity,
2a. In terms of celebrity, they need to be well known (don't throw in some Z lister that only you will recognise),
2b. Also they need to be a real person, Goku is really famous but he doesn't count, Godzilla might have a Hollywood star but he wouldn't count either,
3. Think of how totally-not-celeb characters work in games, do the same with your character
3a. IE, "Legally distinct" but very clearly based upon the person,
3b. It can be an animal OC (Idk if you wanna make Tiger Woods literal go ahead) or just a characters (Like Balrog, Fei Long, or any other totally-not-Bruce Lee)
3b.Aim for recognisability, so when people look at it they can tell who it is.
4. Along with your entry say who it's based on, this is to make it easier for you rather than have people question it and say you failed,

If there are any questions about any of this feel free to drop a message in here or on the discord,

Deadline: Your entry must be submitted by Friday, May 13th by 23:59GMT,
An event has already been set up on the discord to help those of different time zones.

What happens next?: Once we reach the deadline then late entries will not be allowed, and a poll created to let people vote for their winner!
The vote will remain open for a weekend and at the end of that, we will have a winner!
Whether you participated or not, you can vote for anyone you'd like. The criteria for the winner is entirely up to you.

Yay I won!!! Wait, what's the prize?: If you are voted the winner, congratulations! You get to pick the next contest!
Not only this, but starting here the competition winner will have a medal added to their username until the next contest's voting period (gotta have those bragging rights right?)
And also! You and your entry will be added to the Hall of Fame for the rest of time! Woohoo! Or y'know until this place dies

Any questions then slide into the Discord and feel free to ask there.

I know I used a screen shot of Cats for this,
But please,
For all our sanity,
Do a better job than they did if you decide to turn a celebrity into an animal...
D 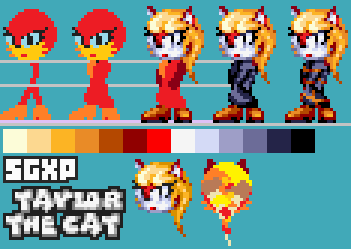 I'm miffed at myself and it looks like I'll win by default anyway so sod it,
'T(aylor)was a cat

I still have time on the clock, and I hereby evoke §1, line 1 of the rules of the contest, which clearly state:

1. Entries can be sprites, illustrations, 3D models, 3D printed, Paper mache idc as long as it follows the other rules;
Click to expand...

By the letter of the law, the following image - utterly garbage though it may be - is valid as an entry.

How can you have a contest about celebrities without famous Hollywood Superstar Rich Evans???
Reactions: Dizakui
D